The Philippines has become the first choice for thousands of businesses using offshore outsourcing. One of its biggest selling points is the exceptionally high level of English proficiency. Companies looking to save on their costs could use premier providers who will often have staff with little or no accent, ensuring there would be no complaints about communication difficulties.

Less well known are the multilingual font and back-office services in the Philippines. Although English represents the largest demand, the sector serves a global marketplace, meaning that the best providers can serve your customers wherever they are. As with English, part of the reason there are so many multilingual call centre services in the Philippines is down to the nation’s history.

The Philippines is a remarkably diverse country, with over 7,000 islands and more than 100 native languages. It’s first common language, Spanish, was enforced when it was a colony. Then, in the twentieth century under American rule, English became the standard tongue. Today, the official languages are English and Filipino, an adapted version of Tagalog. However, the influence of Spanish remains, as Filipino has several Spanish loan words and — as a widely spoken language globally — many Filipinos choose to learn it along with their native tongue and English.

The languages spoken are also linked to the nation’s geography. Positioned in the Pacific, the Philippines is influenced by the major economic powers in the region, like Japan, South Korea, and, increasingly, China. Along with immigrant communities from these nations, there are significant populations who speak these languages because of the opportunities they create for business and travel. There are even, perhaps surprisingly, significant numbers of people who are fluent in Arabic. Once used as a common language on some of the trading routes in the Middle Ages, it remained in use within Muslim communities, and is still taught and used today, especially in the south.

Finally, there is a rich tradition of Filipinos working abroad, especially younger Filipinos towards the beginning of their career. To give some context of the scale, the nation’s population is around 110 million, but there are a further 12 million estimated to be working abroad at any point. These are spread throughout the world, and while most are in English-speaking countries, around a third, more than 4 million, are not. These workers return to the Philippines with skills and experience, and languages ranging from Korean and German to Hebrew and Hindi.

Combined, these factors create a country in which speaking multiple languages, and speaking them fluently, is normal. Along with a robust education system, it is just one of the advantages that make the one million strong workforce in the Philippines outsourcing industry the best in the world. Although its ability to serve English-speaking clients might have been a foundation for success, multilingual call centres in the Philippines mean that, wherever your customers are, and whatever language they speak, your outsourcing provider can offer them exceptional customer service. What Does A Front End Web Developer Do? 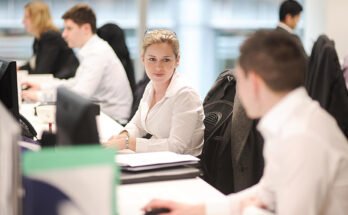 Improve your job prospects by working with a recruitment firm